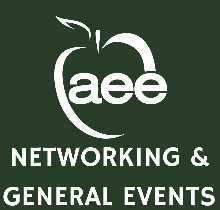 Select to add the event to your external calendar. Set your calendar to use your time zone and to convert the event properly.

Join us on Friday, November 13 for a virtual film festival screening in partnership with No Man's Land!

Join us for a film festival screening and enjoy free access to 12 incredible short films that aim to #undefinefeminine and amplify the voices of those whose stories have traditionally been left out of the outdoor adventure narrative. All Conference attendees have complimentary access to the screening﻿﻿. ﻿The screening will be available from 6:00PM EST- 11:00PM EST on Friday, November 13. You are free to pop in and out during that time and watch any of the short films in the program. All of the films in the program are kid friendly.

No Man's Land Film Festival﻿ is an adventure film festival based out of the Rocky Mountains of Colorado that meets a need and desire to highlight and connect individuals who identify as women in pursuit of the radical. We are a collaboration and celebration of humans who are deeply engaged in enhancing the feminine presence in the adventure arena. The goal of this festival is to connect like-minded individuals who are action-oriented, wish to support a shared vision of gender equality, have a desire to experience their passions and environments through a uniquely feminine lens, and above all, love adventure.

Along with cultivating a deep interest in exploring the vastness of our planet from a groundbreaking point of view, No Man's Land strives to create a history of motivating audiences to implement and inspire change. Our mission transcends the films presented; this festival acts as a platform for progressive thought and movement in the outdoor industry.  At No Man's Land, we aim to undefine feminine in adventure and sport through film.

﻿﻿
Films with the * next to the title indicate female involvement in the production. It also indicates that they are in the running for the “Fem-Wow” award; ie. all-female production. ﻿﻿﻿(0:0) indicates run time

An anthemic celebration of the women you won't see on TV: the women who won’t go on to the Olympics or break any world records, but who enjoy being physically active in their own individual way. Because girls who are physically active are more likely to succeed. And people are more likely to follow in the footsteps of people who look like them. Featuring a range of ages, bodies and backgrounds, this film embodies a wide spectrum that is often unseen in sport.

Skydiver, runner, climber and cardiac nurse Nadia Mercado credits her mother, an immigrant from Quisqueya (now the Dominican Republic and Haiti), with her love of the outdoors. Thirty-seven years ago, her mother traveled to Arches National Park and dreamed of returning with her children. Together, the two return to explore their own connection, and the familial bond through nature.

Born with a rare metabolic disorder that kept her confined to a hospital bed until age 6, competitive junior cyclist Hannah Jordan defied doctors' prognosis and beat the odds to rise to the highest level of her sport.

Amy Jane “Cricket” Rust, boatbuilder and boatman, leads us through the Grand Canyon’s dory boat culture. This is one of the films in a four-series compilation celebrating how the Grand Canyon shaped the course of four individuals’ lives.

The ultrarunner that defies expectations, shuns labels, can’t stop moving and - sometimes - can’t stop singing. Meet the one and only Mirna Valerio...the Mirnavator.

Spending time outdoors has created a unique bond between Melody Buck Forsyth and Ruby, who was born with Down syndrome. Every day may not be easy for the Forsyth family, but every day ​is​ a new adventure. Through their goal to visit all 61 national parks, the family hopes to inspire others.

Peering out her tall bedroom windows to the highway below, Caitlin Davis dreamed of life as an ecologist. When she saw mountains for the first time on a backpacking trip after college, her fate was sealed. Today, in Idaho’s demanding sagebrush country, the raptor biologist spends her days rappelling into golden eagle nests studying how human impact affects their reproduction and productivity.

Mountain landscapes have changed drastically in the last two decades–not only dynamically, but in the representation of women climbing to the peaks of mountains, the depths of wilderness, and the reaches of their personal limits. When Kitty Calhoun started ice climbing, she climbed primarily with men, and made a name for herself as one of the first women in the sport. We've come a long way since then, and are proud to be using our achievements in climbing and skiing as a platform from which to speak about greater environmental and social issues. 20/20 follows eight adventure athletes as they look back on their careers and their collective successes of many firsts–like the first female summit of Makalu, first female ski descent of Lhotse, and the first woman to ski all 90 lines of the Chuting Gallery - and look forward to sharing their insights on the challenges ahead of us.

Born and raised in Jackson, WY Kira has found a great love for the outdoors. Her lifestyle involves hiking, skiing, biking and pursuing her career as a yoga instructor. Kira was born with a rare birth defect and had her lower leg amputated as a child. Since being able to walk, she has used a prosthetic leg. While some might see this as a major setback, Kira's fiery passion and athleticism drives her to achieve her goals and amaze those around her with her achievements. Climbing the iconic Grand Teton has been a childhood dream of Kira's. In A Grand Journey short documentary film we get an intimate look into Kira’s unique but incredibly relatable journey as she attempts to take on a goal she herself may not believe is possible.

2020 marks the centennial of the passage of the 19th Amendment. To celebrate the women who fought tirelessly to get it added to the constitution, Colorado artist Jane DeDecker created a monument that would be placed in the nation’s capital to serve enduring reminders of the sacrifices made for this most basic freedom. The first monument in our nation’s capital dedicated to the women who made it possible for women to vote is pending Senate approval. To help raise awareness, we sent three of the most powerful women we know, Trail Sisters’ Gina Lucrezi, Mirna Valerio, and Anna Frost to Jane’s studio in Loveland, Colorado to learn more about the artist and the movement.

“If women read a womanless history, they’ll think that they are worthless.” – Jane DeDecker

An ode to the athlete who relishes in getting dirty, who chuckles after a long day in the mountains, effortlessly glides through the crystal clear waves and most importantly, is unapologetic in pursuing their love of getting rowdy in adventures. Director Krystle Wright brings this next installment since the wild things never stopped playing.


This is a private site.

Enter the email address that you signed up with and we will email you a password reset link.

Your session is about to expire.